Annuities & The Honda Accord: They’ve Come A Long Way, Baby! 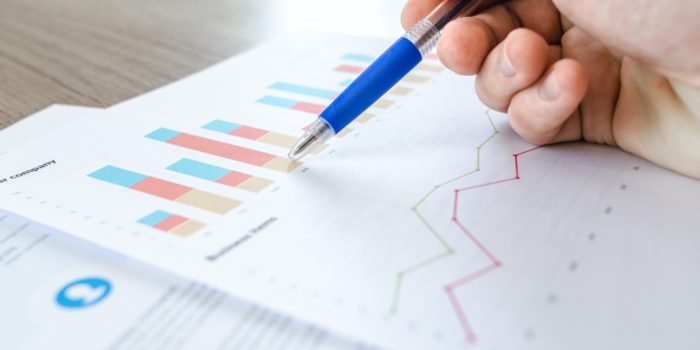 With the current, crazy stock market volatility, it is stressful to watch our portfolios nose-dive. To say the ride is white-knuckled is a bit of an understatement, especially for someone facing a huge life event, such as retirement, or divorce.

So, let’s talk money this time… and maybe next time… and, maybe the time after that, too. This time let’s talk about one tool that may be right for you.

Annuities have come a long way since their inception, not unlike the Honda Accord. Think about it. Neither an annuity, nor the Accord, looks anything like it did when it first arrived on the scene. Both were expensive and offered limited benefits and although both were marketed to the masses, the masses quickly learned neither was the perfect fit it claimed to be.

Just ask any gentleman over six feet tall who owned one of the early Accords. He most likely wanted to love it and he tried really hard to love it, but at the end of the day, it cramped his style because he was just… well, cramped.

Given the early history of annuities, it is understandable that our eyes glaze over and we start hearing Charlie Brown’s teacher talking at the mere mention of the word “annuity.” “Wha wha wha. Wha wha, wha wha.” We feel as though we have heard it all before and we don’t want to risk hearing the same thing yet again.

It’s time to pay attention once more. It’s OK to listen. Like the Accord, annuities have evolved. They are sleek, roomy and some are a darn good value. Some have great features that offer great benefits, thus making them great tools for creating the financial security we not only desire, but deserve.

However, as with most things, not all annuities were created equal. Not only are there three (3) types of annuities: Fixed Annuities, Fixed Index Annuities and Variable Annuities, but there is as much inequality within the types of annuities as there is within classes of automobiles.
Not only do we need to know which type(s) will best support our goals, but we need someone who knows which annuity is best within the particular type(s) we need.

So, let’s start with YOU, because it is all about YOU. What is important? Immediate income? Lifetime income? Transfer of Wealth? There are annuity options for you.

What about home healthcare coverage? Let’s face it, whether we are killing ourselves softly with unhealthy habits or we are stricken with some catastrophic illness, most of us would prefer to draw our last breath under our own roof. So, if home healthcare is important TO you, there is an annuity option FOR you.

First, consider the obvious. An annuity is a type of insurance contract, which means annuities are offered by some insurance companies, aka, a Provider. What is the history of the provider? Is the company an industry leader? How is the firm’s financial health? How much does it have in claims reserves? We want a provider that has enough money in reserve to pay its claims, do we not? While A+ and A1 credit ratings are the best, a firm with an A- rating may still have a very strong capital position and earnings profile and should not be discounted if it offers the right tool to do the job you need.

Is the company publicly-held or is it a mutual company? Mutual companies are worthy of consideration because the policyholders actually own the company; the end-users and the owners are the same. Because the end-users own the company, the interest of the policyholders remains paramount. How many publicly-held companies can make that claim?
Second, whether an annuity is good or bad depends on the type of annuity, whether it be a fixed annuity, a fixed index annuity, or a variable annuity. The main question is, “Will this annuity do what I need it to do and will it do it in a cost effective manner?”

For example, if you would like to secure lifetime income, consider a fixed annuity or a fixed index annuity. The fixed annuity will provide a guaranteed amount of income each month (or year); you will know exactly how much you are going to receive each period and for how long. Plus, your money is secure, you cannot lose it.

The fixed-index annuity will provide a certain amount of income, or higher. Your gains are locked in each year; your account value will either increase, or it will remain the same as the previous year. The fixed index annuity is a sophisticated tool that has been around for 25 years and has only improved since its creation. As with cars, not all fixed index annuities are created equal, but there are innovative options that may be used to create innovative strategies to create the financial future you deserve.

Not only have annuities evolved over time, but the financial crisis of 2008 created a vacuum for fixed income investments. Sadly, in my opinion, the days of the seven-percent annual return in a bond mutual fund are long gone and most likely will not return for a very, very long time, if ever.
In a protracted, low interest rate environment, what’s a bond investor to do? Take on more risk by adding more equities in an attempt to chase yields greater than those offered in the fixed income market? Are we really supposed to believe adding more risk is really the least risky thing we can do?

I say “no” and offer the following strategy to consider:

Assuming an annuity is suitable, for those of us seeking fixed-income-like returns without seeing our yields whittle away in the face of rising rates, consider a fixed index annuity. Consider taking a portion of the dollars allocated to fixed income and purchasing a good fixed index annuity, one that not only allows you to accumulate as much value as possible, but also offers lifetime income, or wealth transfer, or a home healthcare doubler, or whatever else is important to YOU. In my opinion, again, assuming suitability, this strategy is not only smart, but simple and secure.

Now, On To Variable Annuities…

When it comes to creating a comfortable retirement, we are, admittedly, bombarded with options. This advisor says one thing… that advisor says another. Some advisors LOVE annuities, offering them exclusively to their clients. Some advisors HATE annuities, claiming that their investment strategies can offer any benefit that an annuity can offer, with one popular advisor preferring to die and spend an eternity in hell rather than offer them. (Just So You Know: The ONLY way to secure a guaranteed income stream is with some type of insurance/annuity contract, so don’t fall for that claim.)

At the end of the day, most of us are seeking the same thing: Moderate or moderately aggressive growth with limited volatility. Does it have to be so complicated?

The answer is “no.” It doesn’t have to be complicated. It can start with two simple questions. First, “How much am I willing to lose?” Second, “How much can I afford to lose?”

Now close your eyes, dear friend, and imagine your future the way you want it to look. Where are you? Who are you with? What are you doing? And then, imagine the peace of mind you will have knowing you don’t have to rely on an outdated vehicle to get you there.

Are you headed in the right direction? Let’s find out.

Wishing you peace & plenty of options!

If You Think Breaking Up is Hard to Do, Wait Until You Attempt to Forgive

What in The World is an IUL?