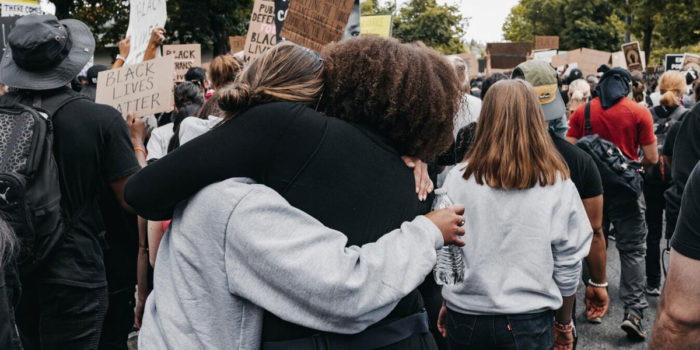 In the words of Albert Einstein:

“Learn from yesterday, live for today, hope for tomorrow. The important thing is not to stop questioning.”

Let’s Face It, Life Can Be Difficult.

Earlier this year, we woke up to a new threat to our way of life, Covid-19, also known as the Corona virus. We’re all negatively impacted by the virus named after a beer we can buy at Walmart, even if we didn’t contract it. While most of us know no one who’s contracted the virus, others watch people they love succumb to it and we all feel their pain and mourn their loss.

We watch people lose their livelihoods, their businesses, and their homes because of this virus. Even introverts who are accustomed to working from home no longer have the freedom to go out when they want to so or, worse, when they feel we need to do so. We also feel their pain and mourn their loss of freedom.

Then, before life could even resemble some sense of normalcy, we watch George Floyd coldly killed by a bad cop, outraging everyone of good character. We watched in shock as some of those railing against the harming of the innocent, harm other innocents and demand support of those actions. We continue to watch as people demand the police be defunded and wonder what will happen to those who already live in areas plagued with high crime. We feel their pain and frustration and feel even more helpless and out of control. We feel more traumatized than we did a few short weeks ago. It makes no sense – do we throw out the baby with the bath water?

Now, we watch as the citizens of seven blocks of Seattle are overtaken by a group of people who claim to be against borders, drive out the police and set up barricades. The same group claims to oppose voter ID, but requires identification to enter their newly, illegally confiscated domain. They stole other people’s property, but, were offended when the homeless stole their food. They rail against society but demand public services. They claim to be against the police and guns, but, have installed a dictator-like individual as their leader and armed their followers. What the hell?!

We can’t go to our places of worship for fear of contracting the virus, or to our local pubs for a beer and a burger with friends, but thousands of protestors can march with no regard to social distancing and rioters can destroy property and pillage with impunity? Again, what the hell?!

So here we are. Faced with things that negatively impact us, things we can’t control. We’re stressed out, we’re fearful and we feel helpless. What can we do on a daily basis to get through situations that are far too big for any one of us to positively impact?

What We Can Do

First, be the change you want to see. Be kind to those you know and those whom you know are in need. A phone call, where once a text would do. An offer to pick up something from the grocery store or a smile if evidenced only by the crinkles around your eyes as you don your mask in public.

Second, look around your life and note the things for which you can be grateful, despite what’s happening in the world around you. Make a list, rewrite it daily if need be, in order to keep those things fresh in your mind. Allow your heart to expand daily with gratitude for what is dear to you.

Third, have hope for tomorrow. The majority of people in this world are kind and good and don’t support the wrongs we see, despite the nightly news screaming that the opposite is true. Regardless of whatever pain we’ve endured, we all have to lay down the hurts of the past and make plans from a place of hope.

Lastly, never stop questioning. Question the correctness of what you know and what you’ve been taught to be true. “Truths” from far back in time as well as “truths” as fresh as yesterday. It doesn’t matter how well-meaning the person (or institution) was who imparted their beliefs upon you, if your life doesn’t look the way you want it to look, question your beliefs. Let go of those beliefs that no longer serve you.

How Do You Know What to Let Go Of?

If you believe ANYTHING that makes you feel like a victim, or see yourself as a victim, then I urge you to question that belief. Ask yourself, “Where did I learn this?” “Why did he/she/they want me to believe this?” Then, immediately recognize that even the well-meaning are wounded and they merely passed along the beliefs that had been passed along to them. Beliefs they thought protected them from hurt and disappointment and would protect you as well.

Unfortunately, dear friend, life is not fair, and it never will be. Expending your energy fighting against the fact that life isn’t fair will never make life more fair. Instead, recognize that you are MAGNIFICENT because you were born and that you are no less magnificent because life is unfair. Embrace the potential that comes with this realization because when you BELIEVE you can have the future you desire, then you can have the future you desire.

Surround yourself with people who take responsibility for their own actions and who will kick you in the butt with a fuzzy slipper when you fall into your old pattern of blaming something or someone for the condition you find yourself sitting in the middle of. Work hard. Be happy. Keep learning. And, above all else, seek the truth, even when the truth is ugly, because the truth will set you free so you can create the future you desire.

Wishing you peace & plenty of hope!