It MUST Have Been Love… Right? 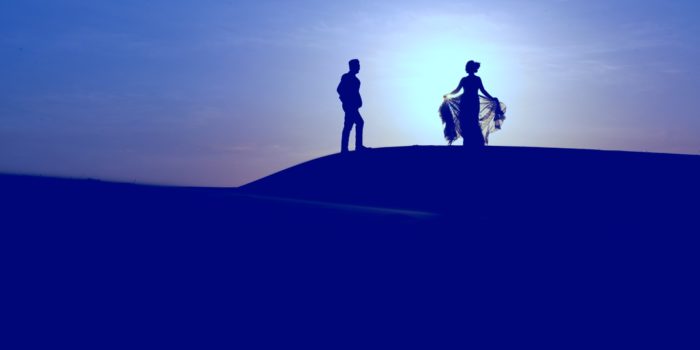 Remember that song from the 80s, “It Must Have Been Love,” by Roxette?

That song was my jam back in the day. It was released the year before I divorced my ex-husband; my first ex-husband, that is – there’re two, in total. Despite my marriage unraveling, I kept telling myself I’d married for love and that love was enough. But, I hadn’t, and, it never is.

Why Do We Get Married?

We marry for many reasons, but we all call it love. In my case, I married because I believed I had to marry him because I’d slept with him. Looking back, it’s sad to know I believed such a thing. I feel enormous compassion for that young woman who believed that because she’d had sex before marriage that she then had to marry to be loved by God.

History tell us that marriages, among the wealthy at least, were arranged for the purpose of securing peace and consolidating power through procreating. Love had nothing to do with it. Today, at least in the United States, regardless of our socio-economic status, we are free to marry for love.

Yet, despite the freedom to marry for the right reason, many marry for the wrong one. Religious beliefs and societal norms funnel many down the aisle to make promises roughly half can’t, don’t, or won’t keep. A myriad of reasons not called love.

Some marry to have sex, or because they’ve already had sex and believe they must marry to make things right with God. (I resemble that remark.)

Some marry to have a baby, or because there is a baby on the way.
Others marry to get away from their parents, to escape the hell of their childhood home.
While others marry to “prove” they are adults and can do what they darn-well please.

Some marry in order to help, or save, or rescue another.
Others marry because they believe that’s just what you do.

I’m not a betting woman, but if I were, I’d bet all of us, if asked on the day we walked down the aisle, would say we married for love. Pregnant or not.

While the first line of the Roxette’s song goes, It Must Have Been Love, the second line goes, It’s Over Now. But, dear friend, though your marriage may be over, your life is NOT. If you didn’t marry for love, it’s OK to admit it. As a matter of fact, it’s emotionally healthy to admit it, if it’s the truth. Truth-telling is the trail head of your journey of spiritual growth which helps heal your wounded heart. Without it, you’re stuck in the past with the hurt and the blame and the shame. Friend, you don’t belong there.

Regardless of who left whom, or of the circumstances that led you to the point where truth became paramount, be grateful that you’re there. Because, when you can tell yourself the truth about yourself, you can heal whatever emotional wounds led you down the aisle in the first place. You can let go of the hurt and the blame and the shame; you can lay it all down. You can forgive yourself, dear friend, and create the life you deserve.

I Love You Just the Way You Are… Now Change

If You Think Breaking Up is Hard to Do, Wait Until You Attempt to Forgive