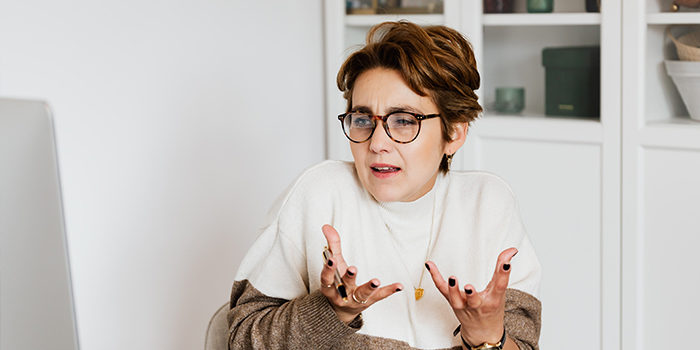 “Life isn’t fair. That’s just how it is. It doesn’t mean you stop trying to be a good person. Because when you’re a good person, you make life a little more fair for everyone else.”
― Miranda Olsen

Isn’t this an awesome quote?  I found it online.  At first, I thought I would look up the author of such wisdom, but when Google dished up more than 5 Facebook possibilities and +10 LinkedIn profiles, I decided against it.  It’s not that I don’t care who this particular Miranda Olsen is, it’s just that it doesn’t matter.  I don’t need to know the author’s life story to find wisdom in her words.

I write a blog (almost) weekly and send it out into cyberspace hoping it will ping around until it lands on someone who resonates with what I have to say.  Last week’s blog, Be Kind, Have Hope, Constantly Question didn’t get the chance to ping; it was stopped in its cyber-tracks because of my “southern draw” (which is Amy-speak for swearing).  In retrospect, I should have prefaced it with, “Excuse my southern draw, but…” as I often do in real life.  I’ve decided to do that moving forward.  So, here’s my official proclamation: From this day forth, instead of swearing in my blogs, I will say, “Excuse my southern draw, but…” and then you can insert your favorite swear word.  Deal?  Deal.

Anyway, it’s a pity last week’s blog was cut down before it could ping around.  I thought the message was timely and would spoon nicely with this week’s theme of fairness.

So, what is fairness?  What does fairness mean?  According to Merriam-Webster, fairness is the quality or state of being fair.

But, what does fair mean?  Back to Webster… “fair” means marked by impartiality and honesty : free from self-interest, prejudice, or favoritism.

If we consider the components that make up the definition of the word fair, we see “impartially” and “honesty;” a “lack of prejudice” or a “lack of favoritism.”

I believe it is safe to say that people of good character, if asked, will describe themselves as being “fair.”  But, is it really that simple?  You tell me.  Let’s consider some extreme examples; I find using extreme examples often helps make a point.

Is anyone truly impartial?

Is anyone completely honest?

If telling the truth meant being executed in front of your child, would you tell the truth?  Or, would you lie to spare your child from that life-shattering experience?

Can anyone truly live a life free of self-interest?

The reality is that we can’t help other people if we don’t help ourselves first.  Ask any flight attendant and they will tell you, “If needed, four oxygen masks will fall from the compartment overhead… If you are traveling with a child or someone who needs assistance, put your mask on first.”

Can a person truly show no prejudice or avoid showing favoritism?

Let’s say your best friend’s daughter and a complete stranger applied for the same job at your firm.  Assuming they were equally qualified in every way, who would you choose to fill the position?

Hopefully, at some point along our journey we are brave enough to question the correctness of what we’ve been taught to believe is true, whether the lessons came from what we’ve seen, or what we’ve heard, or what we’ve experienced.  But, how likely are we to question in the absence of contrast?  If we only see/hear/experience what we’ve always seen/heard/experienced, are we destined to perpetuate the beliefs that lead to behaviors that people of good character fail to condone?

I don’t believe so.  We no longer live in caves.  (Another extreme example used to make a point.) I believe that some are born with an innate ability to know when something isn’t quite right even if they don’t know exactly what is wrong.  I believe others may have the same ability but are too afraid to question, because if they question, they will likely have to take action and that action could likely result in them being shunned by their group.

As with many things that may initially seem simple, settling on a working definition of “fair” isn’t so easy.  Let’s face it, life is unfair.  It has always been unfair.  It will always be unfair.

Because life is/has been/will always be unfair, it stands to reason that everyone has been or will be treated unfairly from time to time.

If you claim to have never been treated unfairly, then:

Unless you choose Option C, we have all been impacted by the unfairness of life.

Some use the pain of being treated unfairly to motivate themselves to create a better situation for themselves, their loved ones, their community and/or the world at large.  Others are motivated by that same pain to inflict more pain and harm upon others innocent of any act toward them.

Whether the unfair treatment is experienced firsthand or witnessed, whether it is real or perceived, it changes our definition of what is fair, and thus, fairness.  With little or no thought, we move our fairness line farther and farther away from where we first drew it.

For example, let’s say you’re watching your favorite sports ball game on TV and the official calls a foul against your team.

Personally, I wouldn’t likely know if the foul was rightfully called or not, but let’s say you do.  Let’s say you are a HUGE fan who LOVES the game and can spew the rules in your sleep.

Let’s say the foul was called, in ERROR.  You and the crowd are outraged.  The crowd is yelling at the referee while you are yelling at the TV, “Excuse my southern draw, but…!!!!!”   The play goes under review… you wait, excusing your “southern draw” under your breath.  After what seems like an eternity, the call stands.  You can’t believe it. “It’s not FAIR!!,” you cry.  “It’s not FAIR!!”  Then, you self-sooth with another swig of your favorite adult beverage and another bite of your favorite sports ball snack and keep watching the game.

A little while later, the official calls the same foul against the other team, in ERROR.  Do you get upset at the referee this time?  Most likely, not.  Even though you know it was a bad call, you’re most likely not upset at all.  Most likely you are pleased, if not HAPPY, that the foul was called against the other team.  Why?  Because, most likely you feel vindicated for having a bad call made against your team, believing that the other team DESERVED the bad call because your team got a bad call.  With little or no thought, you changed your definition of what is fair, and thus, fairness.

The same applies to other injustices in life.  Real or perceived.  Witnessed or experienced firsthand.  We change our definition of fairness in the face of unfairness.

It’s hard to believe, isn’t it?  You’re a person of good character and consider yourself to be fair.  Let’s look at a few other examples, hurtful examples.

Example #1.  You are a faithful wife.  Your husband, not so much.  Was it fair that a faithful spouse was cheated on?

Example #2: You applied for your dream job and crushed every interview.  It was down to you and another candidate, but you didn’t get the job.  Disappointed, but striving to always improve, you reach out to a friend in the firm’s HR department, asking for feedback.  Off the record, your friend tells you that although you were the most qualified candidate, your skin wasn’t the “right” color.  Was it fair that you didn’t get the job because of your skin color?

Later, you applied for your dream job with another company and got it.  After getting to know someone in HR, your new BFF, thrilled to have you join the company, shared that another candidate was actually more qualified but didn’t have the “right” skin color.  Was it fair that you got the job because of your skin color?

Example #3:  You pitched your firm’s services to a potentially huge client.  You made the best sales pitch of your career, instantly connecting with the company’s officers, showing how your services would brilliantly meet the company’s needs at a competitive price.  As you left the presentation, one of the firm’s officers stopped you in the lobby and quietly shared how impressed his team was with your presentation and that the contract was to be yours.  You were thrilled!  After a week of no official word, you reached out to the person who’d stopped you in the lobby who sadly informed you that, although you offered superior services, the contract was awarded to the son of the CEO’s golfing buddy.  Was it fair that you were asked to present if you never really had a chance of being awarded the contract?

Later, you pitched your service to another potentially huge client.  Your close friend worked for this firm as the CEO.  Prior to scheduling your presentation, your friend indicated that she was required to have at least two firms present, but that you would be awarded the contract.  As promised, you got the contract.  Was it fair that the other firm was asked to present if it never really had a chance of being awarded the contract?

Do you see the challenge?  The concept of “fair” and “fairness” is not as cut and dry as Webster would suggest.  Yet, we are all negatively impacted by unfairness, whether the offense was real or perceived, witnessed or experienced firsthand.  Because of our human-ness, we all change our definition of fairness in the face of unfairness.

If we, the people, can’t decide on a common definition of “fair” and “fairness,” what can we do to improve our world?  We can start with our own little corner of it.  We can try to be good and do good because then we make life a little more fair for everyone.

Wishing you peace & plenty of fairness!