Stop Explaining Yourself and Telling People Everything! 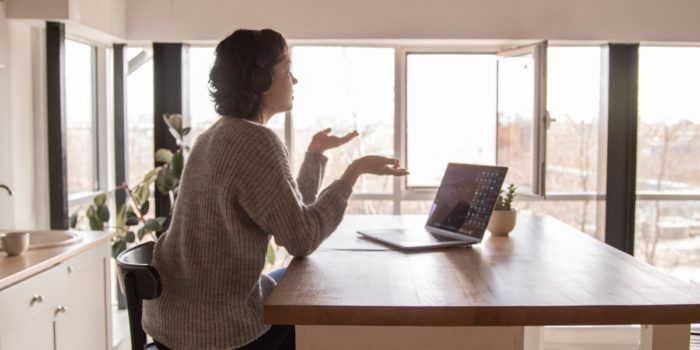 When someone asks you a personal question, do you find yourself providing way too many details?

“No, I’m divorced. I was married for 35 years… My husband cheated on me with our next door neighbor… Of course, he lied about it, but he lied about everything, he lied on our first date. He said he was a virgin, and I believed him because he was so bad in bed but, turns out, he was just a liar and a bad lover.”

No? Does this scenario look familiar?

“Will you serve on the Parent Teacher Association board next year?”

No? Do you resemble this remark?

“Hey, the marketing department is having drinks after work tomorrow night at The Wine Bar, are you coming?”

“No, I’ve not been sleeping well this week. The baby is teething and my husband snores like a freight train and the dog next door barks all night.”

The truth is your baby is fine, your husband hasn’t snored since he discovered Breathe Right Nasal Strips and the neighbor’s dog is really a cat, but you’ve been working late all week with these people and would prefer an evening at home on the sofa binge-watching Outlander on Netflix.

Why Do We Feel The Need To Explain Ourselves?

Are we trying to connect with people? Are we doubting ourselves? Are we looking for people to like us? Are trying to control the other person’s response?

While now I can simply say, “No thank you, but thanks for asking!” I wasn’t always like this.

When I look back on my life, I can’t put a tidy bow on a reason I felt the urge to explain. Instead, the reason for the urge depended largely on the circumstances.

With Whom Was I Communicating?

My parents? My best friend? My boss? The potential client I’d been courting in hopes of being awarded the career-changing contract? My now ex who was a full foot taller than I am with a mean mouth?

What Was The Nature Of The Information I Was Sharing?

Was I trying to minimize another soul-sucking encounter with my dysfunctional parents? Was I turning down dinner with my BFF because I was in sore need of sleep? Was I trying to convey the importance of a professional relationship despite the fact I was preparing a huge presentation for the following day? Or, was I having the “It’s Over” conversation because I felt as though I was dying a slow death?

In the case of my parents, I wanted to avoid being trapped in a Ground Hog Day reality; being subjected to the stream of shaming comments about my decision to divorce (you haven’t thought this through… people who get divorced are cope-outs… you know what the Bible says about divorce, we taught you better than this) or to go graduate school to purse a Master’s Degree in Business Administration (you don’t need to go to graduate school, you need to go back to your husband… college will brainwash you) or, to choose a career in pharmaceutical sales instead of selling insurance for New York Life (I’ve spent all this time talking Brian Smith (not his real name) into sponsoring you, you’re being disrespectful).

In the case of my friends, I didn’t want to change their good opinion of me, so I’d give long-ish explanations as to why I would turn down invitations.

In the case of potential clients, I wanted to foster closer connections, again providing long-ish explanations.

In the case of my EX, I wanted to control the response. I was reared by a domineering man and then married one. While the first domineering man in my life battered me physically and verbally, the latter beat me up with his words. I wanted to keep my EX as calm as possible so that I could make my exit as quietly as possible.

In the deaths of my subsequent romantic relationships, I also wanted to control the response, not out of fear of angering the giant, but to keep MY anger at bay. If they responded to my decision to untangle the mess with anger, then I risked my giant anger rearing its ugly head and believed I’d be forced to say comparably unkind things. So, I’d offer these lonnnng explanations of how we tried and tried and how we kept having the same argument over and over and how I didn’t feel heard and how one day I was sure he would find someone who would have no issue with the things I took issue to. Back then, because I suffered from the need to be “nice,” what I couldn’t say was this: “I’m tired of your a(ss)holeery. Goodbye.” (Wait, I think I was supposed to say, “Excuse my Southern draw, but…” right there. Oh well, you get the point.)

Despite the myriad of reasons and the circumstances behind them, I recognized a common thread in each situation. That common thread was guilt.

If you need permission to stop explaining yourself and telling everything, then I give you that permission right now and will continue to serve it up to you until you can serve yourself.

Don’t know how to stop? Role play with a trusted friend… Role play with a therapist… Stand in front of the bathroom mirror and say the words over and over. I’ll get you started. Ready? Say it with me. Say it loudly, say it proudly: “No thank you, but thanks for asking!” Then smile.

Wishing you peace & plenty of perfect opportunities to perfect your “No.”

You, the Guru – Six Messages to Help You Move Through Difficult Times